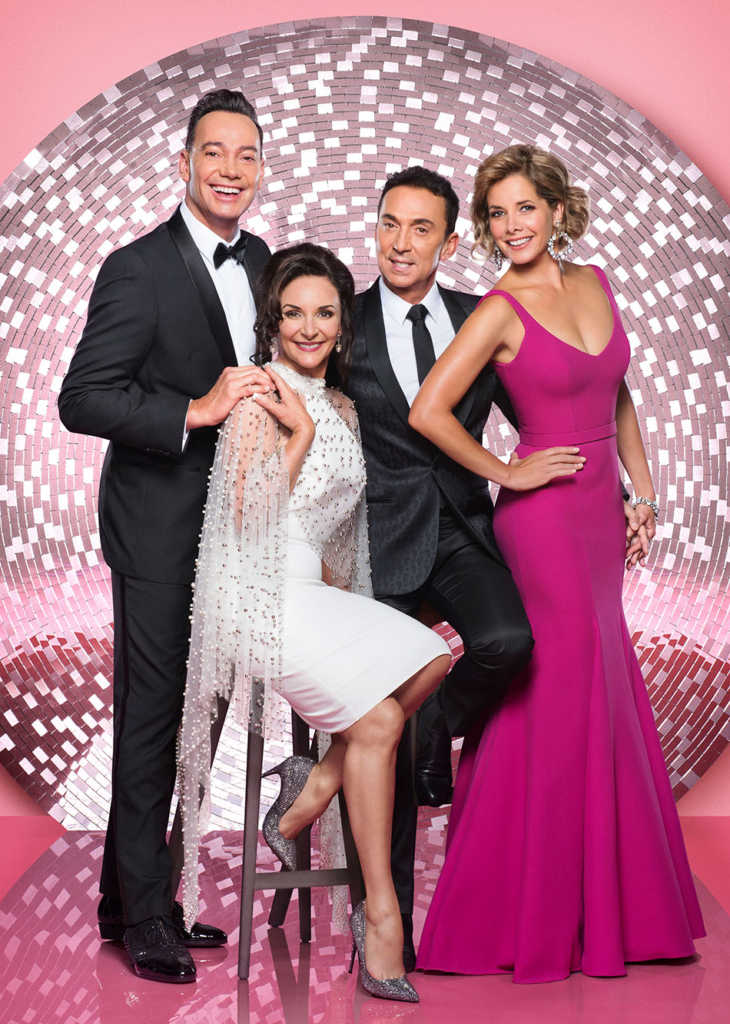 There’s FAB-U-LOUS news for Strictly fans across the country today, as it’s announced that all four TV Judges will join the 2019 Strictly Come Dancing UK Arena Tour. Craig Revel Horwood, Darcey Bussell and Bruno Tonioli will star alongside Head TV Judge Shirley Ballas – who makes her debut on the live extravaganza – for 29 supersized sparkle-filled shows fox-trotting around the country in January and February next year. Tickets are on sale now!

The awesome foursome will join tour host and 2016 Strictly winner Ore Oduba, at some of the biggest entertainment venues across the UK. Opening at the Arena Birmingham on 18 January, the tour will then visit Leeds’ First Direct Arena, Manchester Arena, Liverpool’s Echo Arena, Sheffield’s Fly DSA Arena, The SSE Hydro in Glasgow, Nottingham’s Motorpoint Arena and The SSE Arena, Wembley. The tour culminates with four shows at The O2 Arena
in London on 9 and 10 February.

The live show will also be directed by Craig Revel Horwood and feature many of the celebrities and professional dancers from the current series of the award-winning BBC One show. Further casting announcements will be made over the coming weeks.

Shirley Ballas said: “I’m really looking forward to joining Darcey, Bruno and Craig on the Strictly live tour judging panel. I’ve heard so much about the amazing audiences at the arena shows and can’t wait to get the show on the road in January!”

Darcey Bussell added: “I had a wonderful experience with the Strictly company on the 2018 tour and am really excited to be able to join them again in January, and to meet the show’s fantastic audiences across the country!”

Bruno Tonioli remarked: “It’s great news that Shirley will be joining us on the judging panel on the live tour next year. We are all in for a treat – with the amazing dance routines, the stunning costumes and the incredible live music – it’s going to be fantastico!”

Craig Revel Horwood agreed: “2019 is going to be our best Strictly tour yet. There’ll be the glitz, there’ll be the glamour and of course the Glitterball winner at every show. And Shirley joining us on tour and Ore back as our host, it’s the perfect night out for all the family to enjoy. One word, three syllables: FAB-U-LOUS!”

Arena audiences are in for a real treat, as they enjoy a fantastic evening of entertainment, showcasing all the amazing choreography and incredible live music that Strictly is famous for. They will experience a host of breathtaking dance routines guaranteed to leave them spellbound, together with all the glitz, glamour and magic of the TV show live on stage. This is a must-see spectacle for fans of all ages.

As well as enjoying the glittering routines, arena audiences have the power to decide who wins the coveted Live Tour Glitterball Trophy at the end of each show. After each celebrity couple has performed, the judges will provide their invaluable critique and scores – but the audience can also vote via text for their favourite couple and ultimately they will decide who wins!