Strictly Come Dancing fans will be overjoyed to hear that the full line up of celebrities and their professional partners for next year’s Strictly Come Dancing UK Arena Tour is announced today. Ashley Roberts and Pasha Kovalev; Lauren Steadman and AJ Pritchard; Graeme Swann and Karen Clifton; Faye Tozer and Giovanni Pernice will all be joining previously announced Stacey Dooley and Aljaž Skorjanec; Dr Ranj Singh and Janette Manrara; Joe Sugg and Dianne Buswell on the road in the New Year.

The sparkling line-up of celebrities and professional dancers will also be joining tour host, Ore Oduba and the Live Tour judging panel of awesome foursome Craig Revel Horwood, Dame Darcey Bussell, Shirley Ballas and Bruno Tonioli, as they dance around the country for 29 glittering shows from 18 January 2019. 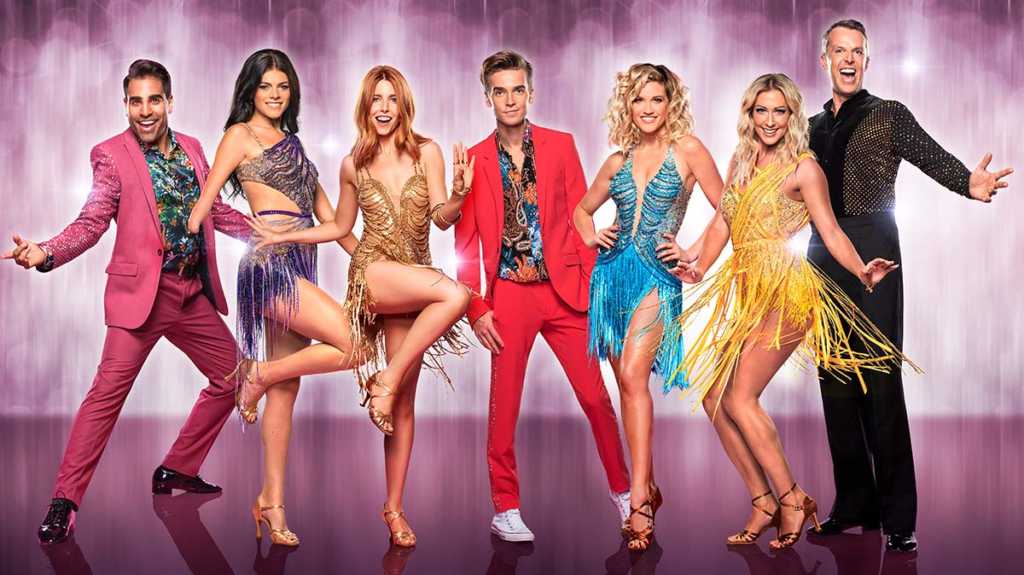 To add even more wow, professional dancers Nadiya Bychkova, Luba Mushtuk, Graziano Di Prima, Amy Dowden and Johannes Radebe will also be performing in this supersized dance extravaganza. The tour will feature music from the Strictly singers and the Strictly live band.

Ashley Roberts is best known for being a member of one of the biggest girl groups in the
world – The Pussycat Dolls.  Since leaving the group in 2010 she has gone on to have a
hugely successful broadcast career and was the first contestant to receive a perfect score of 40 from the judges in this series. Ashley said: “The costumes, the crowds and the cha-cha- cha! I’m having the time of my life on Strictly and can’t wait to get my dance shoes back on for the tour. I couldn’t think of a better way to start the New Year.”

World Champion and triple Paralympian Lauren Steadman has been wowing TV audiences with her determination to push herself in her spectacular dance routines. Lauren said: “This whole experience has been life changing and I’m beyond excited to now dance in some of the country’s biggest arenas and meet all the fans who have supported us.”

Graeme Swann is often described as one of England’s greatest ever cricketers and truly
discovered his dancing spirit during his time on the show. Graeme said: “Quick stepping on the cricket pitch is nothing like on a dance floor that’s for sure! I’m thrilled to be joined by the incredible Karen Clifton on the Strictly tour and can’t wait to get on the road and make Oti proud.”

Faye Tozer is a member of British pop group Steps and is now dazzling Strictly viewers week after week, topping the TV show leaderboard three times. Faye said: “I’m living the Strictly dream! I love going on tour, so to be asked to join the Strictly Live Tour is such an honour and I cannot wait to meet all the fans.”

Opening at the Arena Birmingham, the Strictly Come Dancing Live Tour will then visit arenas across the UK including; Leeds’ First Direct Arena, Manchester Arena, Liverpool’s Echo Arena, Sheffield’s Fly DSA Arena, The SSE Hydro in Glasgow, Nottingham’s Motorpoint Arena and The SSE Arena, Wembley. The tour culminates with four shows at The O2 Arena in London on 9 and 10 February.