TICKETS ON SALE FRIDAY 20 SEPTEMBER AT 9.00AM

Clear the floor and whip out your score cards, because the Strictly Come Dancing The Live Tour is back for 2020 and will waltz its way around the country from January next year for 32 scintillating sequin-filled shows.  Including for the first time ever, a special Relaxed Performance in association with the National Autistic Society at the Motorpoint Arena in Nottingham.

Stacey will be joined on stage by a selection of celebrities and professional dancers from the much awaited 17th series of the award-winning BBC One show.  Judging and casting announcements will be made over the coming months.

Speaking about the upcoming tour, Stacey Dooley said: “I’m so excited to be joining the Strictly gang again and can’t wait to experience it from a different perspective! I’m really looking forward to hosting the tour as I know it’ll be a blast. I had such an amazing time last year, I hope I’ll find a way to get those dancing shoes back on again too!”

Arena audiences can expect to enjoy an unmissable evening of dance entertainment filled with colour, excitement and humour. Showcasing all the amazing choreography and live music that Strictly is known for, audiences will experience a host of breathtaking dance routines guaranteed to leave them reeling and roaring for more. Recreating the glitz, glamour and magic seen on the TV, this show is undoubtedly a must-see spectacle for fans and families up and down the country.

Audiences are not only invited to watch the spectacular stars as they perform roof-raising routines, but are also granted the power to decide who wins the coveted Glitterball Trophy at the end of each show. The tour judges will, as always, provide their feedback and scores after each performance, however the audience can vote via text for their favourite couple, and it is ultimately their votes that will decide who wins!

Scottish Strictly fans are in luck this year because, for the first time ever, the tour will be waltzing its way up to Aberdeen’s P&J Live Arena. Dancing devotees in Dublin can also look forward to the tour’s first visit to the Irish capital since 2012. Opening at the Arena Birmingham on 16 January, the tour will also visit some of the biggest entertainment venues across the UK – Leeds’s First Direct Arena, Manchester Arena, The SSE Arena in Belfast, The SSE Hydro in Glasgow, Nottingham’s Motorpoint Arena (including the special Relaxed Performance Matinee on 5 February) and London’s O2 Arena from 7 – 9 February, where the tour culminates with five shimmering shows. 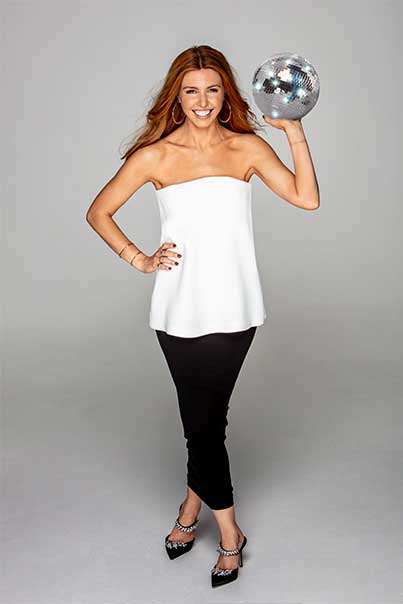 FacebookTwitterRedditLinkedInTumblrPinterestVkEmail
Page load link
We use cookies on our website to give you the most relevant experience by remembering your preferences and repeat visits. By clicking “Accept All”, you consent to the use of ALL the cookies. However, you may visit "Cookie Settings" to provide a controlled consent.
Cookie SettingsAccept All
Manage consent

This website uses cookies to improve your experience while you navigate through the website. Out of these, the cookies that are categorized as necessary are stored on your browser as they are essential for the working of basic functionalities of the website. We also use third-party cookies that help us analyze and understand how you use this website. These cookies will be stored in your browser only with your consent. You also have the option to opt-out of these cookies. But opting out of some of these cookies may affect your browsing experience.
Necessary Always Enabled
Necessary cookies are absolutely essential for the website to function properly. These cookies ensure basic functionalities and security features of the website, anonymously.
Functional
Functional cookies help to perform certain functionalities like sharing the content of the website on social media platforms, collect feedbacks, and other third-party features.
Performance
Performance cookies are used to understand and analyze the key performance indexes of the website which helps in delivering a better user experience for the visitors.
Analytics
Analytical cookies are used to understand how visitors interact with the website. These cookies help provide information on metrics the number of visitors, bounce rate, traffic source, etc.
Advertisement
Advertisement cookies are used to provide visitors with relevant ads and marketing campaigns. These cookies track visitors across websites and collect information to provide customized ads.
Others
Other uncategorized cookies are those that are being analyzed and have not been classified into a category as yet.
SAVE & ACCEPT
Go to Top