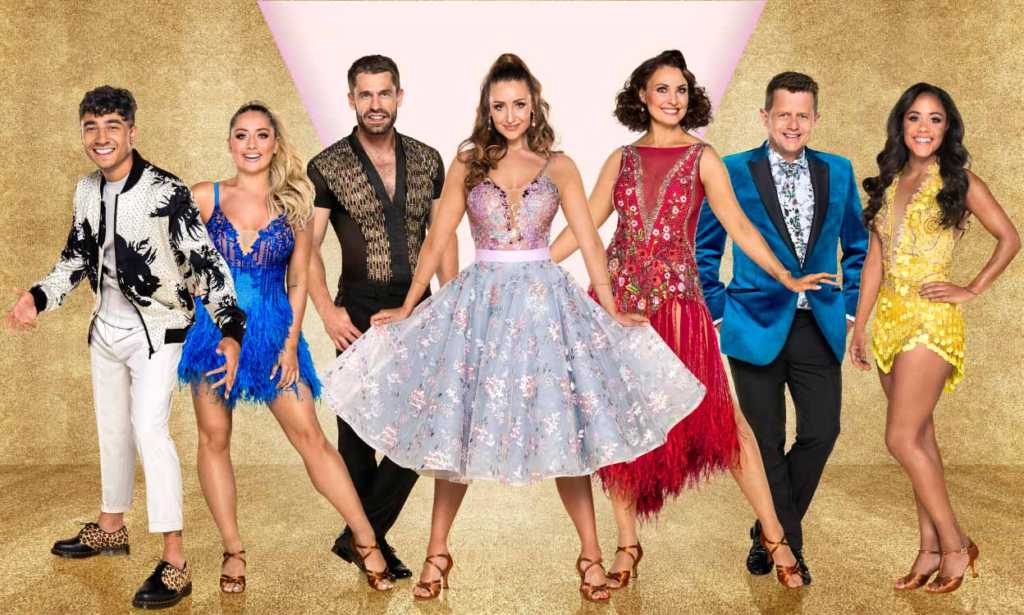 Strictly Come Dancing fans will be delighted to learn that the celebrity line-up for next year’s Strictly Arena Tour has been announced!  Seven celebrities from this year’s smash hit BBC One series will tour the biggest entertainment venues across the UK and Dublin from 16 January next year for 33 scintillating live shows.

The seven stars will don their sparkling dancing shoes as they foxtrot up and down the country, showcasing all the amazing choreography that Strictly is known for, in this must-see spectacle for all the family. They will be joined by new tour host and reigning Strictly champion Stacey Dooley, and the tour judges Shirley Ballas, Craig Revel Horwood (who also directs the tour) and Bruno Tonioli.  The line-up of professional dancers will be announced soon.

Alex Scott MBE said: “I’m really excited for next year’s tour – I hope I’ll get the chance to perform some of my favourite routines again. Strictly has been a once-in-a-lifetime opportunity and I’m thrilled that I’ll get to dance for everyone who has voted for me on the TV series.”

Catherine Tyldesley said: “I’m so delighted to be continuing my Strictly journey on the live tour. I have absolutely fallen in love with dancing, so I can’t wait to get back on that dance floor and perform for the Strictly fans once more.  Roll on January!”

Emma Barton said: “I’ve heard so many amazing things about the live tour from my friends who’ve done it before. As a performer, nothing compares to being in the moment and actually going out and performing in front of a live audience. I can’t wait to do it all over again on tour!”

Karim Zeroual said: “Dancing every week is such a buzz and I really love it. Performing live in some of the biggest arenas and meeting all the people who have supported me along the way is going to be an amazing and unforgettable experience.”

Kelvin Fletcher said: “The Strictly experience is really like no other – the training and work that goes into it is immense. I feel like I’ve really pushed myself, but it’s completely worth it. I’m very much looking forward to continuing this adventure on tour next year!”

Mike Bushell said: “I’m so thrilled to be asked to go on the Strictly tour. I’ve loved my journey on the TV show and have lost a stone and a half in weight – that shows how good dancing is for you.  I think I’ve shown that even a non-dancing dad in his 50’s can learn some moves and hopefully I can inspire people in venues across the country too.”

Saffron Barker said: “I absolutely love the glitz and the glamour of Strictly and feel so blessed to have been given this opportunity. It’s been incredible, so what better way to see in the New Year than in a glittery costume, on tour, dancing for all the fans. Bring it on!”