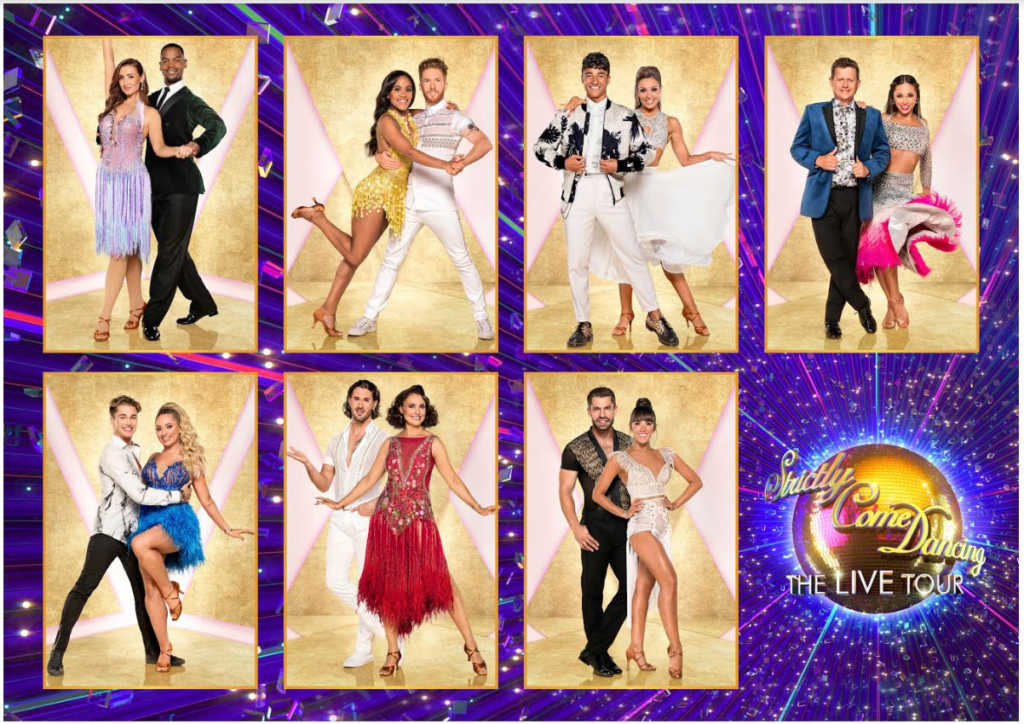 The sparkling line-up of celebrities and professional dancers will join new tour host and reigning Strictly champion Stacey Dooley, and the tour judges Shirley Ballas, Craig Revel Horwood (who also directs the tour) and Bruno Tonioli as they dance in the biggest entertainment venues across the UK and Dublin from 16 January 2020 for 33 scintillating live shows.

To add even more sparkle professional dancers Luba Mushtuk, Karen Hauer, Dianne Buswell, Joshua Keefe, Jake Leigh and Robbie Kmetoni will also be performing in this supersized dance spectacular. The tour will feature music from the Strictly singers and the Strictly live band. The seven couples will don their sparkling dancing shoes as they foxtrot up and down the country, showcasing all the amazing choreography that Strictly is known for, in this must-see spectacle for all the family.

Opening at the Arena Birmingham on 16 January, the Strictly Come Dancing UK Arena Tour will also visit Aberdeen’s P&J Live Arena, Leeds’ First Direct Arena, the Manchester Arena, Dublin’s 3Arena, The SSE Arena in Belfast, The SSE Hydro in Glasgow, Nottingham’s Motorpoint Arena (including a special Relaxed Matinee Performance on 5 February for which all tickets are £35 plus venue fees) and culminates at London’s O2 Arena on 9 February.